Beyond Our City Limits 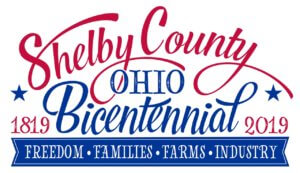 Located in the heartland of Ohio, Shelby County was established in 1819 and is 420 square-miles of agriculture and industry that provides a high quality of life and stable economy. Its name honors Isaac Shelby, former governor of Kentucky. The county seat is the City of Sidney. With eight incorporated villages and fourteen townships, Shelby County is known for its close-knit communities, solid work ethic and a “together we can” attitude that regularly brings private and public interests together to accomplish any task at hand. Shelby County combines the comfort and safety of living in a smaller community with the ease of access to larger cities and their amenities. 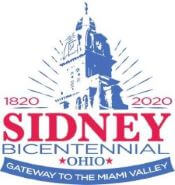 The year 2019 marks the 200 anniversary of Shelby County. A committee was organized in early 2018 to plan and organize a series of events and activities to commemorate Shelby County’s bicentennial in 2019 and Sidney’s bicentennial in 2020. We invite you to join us in celebrating these historic milestones in our community. There will be lots to see and do that are sure to entertain and enlighten both you and your family.

To learn more, we invite you to visit these pages:

Our events and activities schedule will be updated regularly so please check back often.

Key Dates in the History of Shelby County

1806 – Immigrants arrived in Shelby County from Germany and Ireland.

1840-1850 – Sidney’s population went from being almost entirely English to at least 50% German and Alsatian French. Irish immigrants settled in McCartyville and St. Patrick.

1846 – Freed slaves from the Randolph Plantation in Virginia settled in Shelby County.

1875-1926 – I.H. Thedieck, a German immigrant, was active in diverse business development in Sidney. Numerous industries were established in Shelby County that provided job opportunities for immigrants. 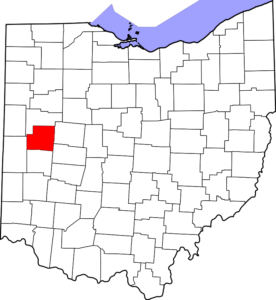 1890 – Board of Improvement was formed to lure new industries to Sidney.

1985 – Honda of America Manufacturing, Inc. begins production in Anna. Many companies supporting operations at the Anna Engine Plant were established as well.