For over 30 years, Restless Heart has been dominating the country music scene. This Nashville-based country outfit has been bringing their hit country tunes to stages all over the world for several decades and can be compared to fine wine—it only gets better with age. Restless Heart has enjoyed one of the most successful careers in country music history, thrilling fans with blockbuster songs that are now considered country classics such as “The Bluest Eyes in Texas,” “Wheels,” “That Rock Won’t Roll,” “I’ll Still Be Loving You,” “A Tender Lie” and “Why Does It Have To Be Wrong Or Right?” With six consecutive No. 1 hits under its belt, the group has seen four of its albums certified “gold” by the RIAA, has won dozens of awards from many organizations, including the Academy of Country Music for Top Vocal Group of the Year, and in addition received six Grammy and multiple CMA nominations. Few bands can have as impressive of careers as Restless Heart and continue to perform, but these country musicians can’t be slowed down. No matter where they step on stage, fans go wild, as this country outfit cranks out some of the greatest country hits in music history know, how to put on an awesome show. 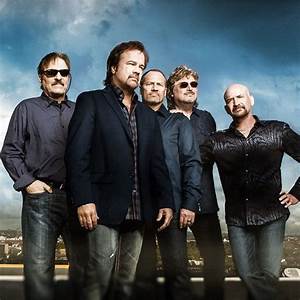