The Civic Band is pleased to announce that the Swing Era Big Band will perform as part of its 2021 summer concert season on the courthouse square. The Swing Era Big Band is proud to feature the big band and jazz sounds of noted musical composers and performers of the twentieth century, ranging from the golden era of swing bands to the modern sounds of the 1970’s. The band has been entertaining swing music fans and dancers throughout western and central Ohio for the past four decades. Created in 1975 by Andrew “Bud” Ledwith of Sidney, Ohio, Swing Era has specialized in keeping the unique sounds of the noted swing bands alive. This 16-piece band features some of the finest musicians in western Ohio, performing a variety of big band and jazz arrangements of noted musical composers including Artie Shaw, Woody Herman, Tommy Dorsey, Duke Ellington and Glenn Miller, among others. The band features modern arrangements of popular songs from the 1930’s to the 1970’s, specially arranged to capture the unique sound only found in powerful horn-band ensembles.

In the event of rain, Friday night’s concert will be at the Connection Point Church of God (formerly known as the First Church of God), 1510 Campbell Road, Sidney. 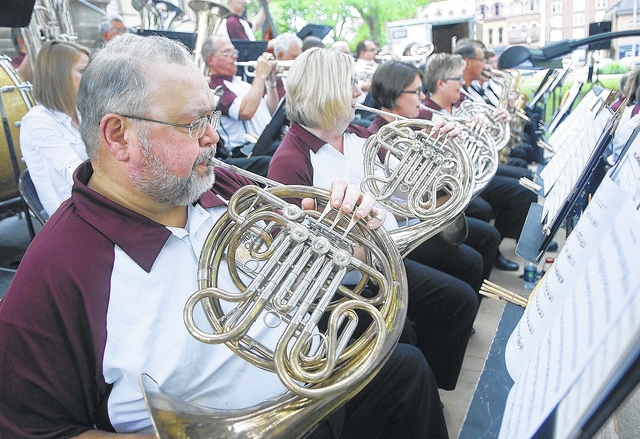