Laff Raffle for the Arts is a Comedy Show hosted by Sidney’s Travis Hoewischer. The evening of stand-up comedy will feature comics from around the country to include:

• Michael Meyers who was a finalist for the Columbus Funny Bone talent search and Go Banana’s “Funniest Person in Cincinnati.”

Tickets can be purchased online at www.sidneytheatre.com, by calling 937-498-1921, or in person at the box office. 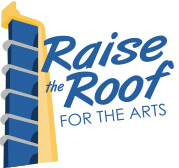